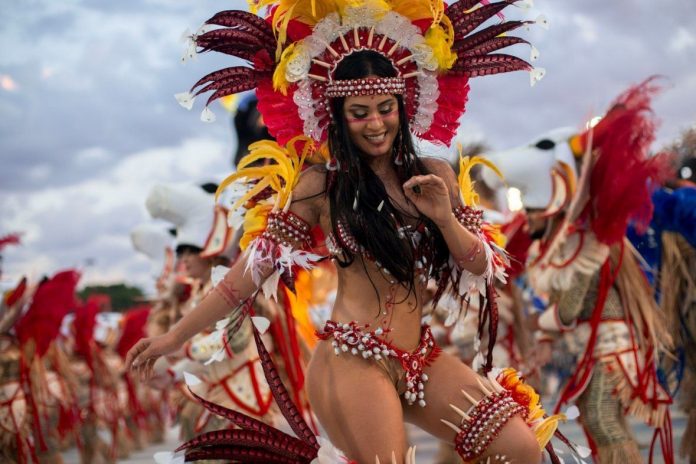 It is believed that the first carnival occurred in 1162 in Venice, Italy. It was to celebrate the victory of Venice over the Patriarch of Aquileia, Ulrich II of Treven. Since, every year people would descend the streets of San Marco dancing, doing bonfires, disguising, and feasting in celebration. However, many countries in Africa have had traditions that date back longer, and they involve parading and dancing through villages while wearing traditional attires and masks. They would perform African dances and music like drum rhythms, pertaining to rituals in their culture, that would inspire South American’s carnival music. For example, samba music from Brazil is derived from Angolan semba music.

Carnivals became very popular in the 18th century in Italy, especially when the population would enjoy themselves for several consecutive days. It would attract tourists from across Europe, who would come to Venice to gamble and indulge themselves. However, in 1797, when Napoleon signed the Treaty of Campo Formio, which would unite the French Republic and the Austrian Monarchy, it led to Austria taking over Italy in 1798. Thus, the Carnival would get lost for almost 200 years. It started to reappear gradually in the 19th century as people would feast, dressed extravagantly and danced before Lent.

Over the years, European countries like Spain, Portugal and France would adopt the carnival tradition from Italy to celebrate the day before Lent. Lent is 40 days of preparation for Easter in the Christian calendar. The Carnival would make its way to the Americas when European settlers would colonise the countries. It became known as Mardi Gras as many Christians have a big feast and celebration just before Ash Wednesday, which mark the beginning of the 40 days of Lent, as Christians observe penitence and fast.

When the Portuguese settlers colonised Brazil back in the 16th century, they brought the carnival culture to celebrate the beginning of Lent. The carnival is celebrated differently in all regions of Brazil. The Rio Carnival is undoubtedly one of the most famous carnivals known in the world. It usually attracts around two million people in the streets of Rio for the six days that it is celebrated. During the events, more than 200 Samba schools, escolas de Samba, parade their choreography on the street of Brazil. The samba rhymes were mostly created by Afro-Brazilians, as they incorporate influences from various cultures in Brazil and Africa. The Bahian Carnival, which is mainly held in Salvador, Brazil, consist of the trio eléctrio, which is a float with a sound system and a stage with music performances, as they parade across the city. The carnivals vary from society to society, as most south Americas countries celebrate them in different ways by incorporating their culture and history in the costumes, parades and dances.

The carnival is one of the biggest events in many Christians countries. People will feast and indulge themselves in enjoyment during this period. The festivities are mostly done on the streets where stages are set up and there are parades, dances and parties that go on for weeks. In Bolivia, they do the carnival of Orura, which is a religious and cultural festival that also honour their indigenous heritage. The Gualeguaychú Carnival in Argentina is an elaborate festival that upheld its African roots. Through the embellished performances that the local take months to prepare, one is sure to be blown away by Argentina’s energy. In Nigeria, they celebrate the Calabar carnival every December, and it is known as Africa’s biggest street party. It is a showcasing of African culture and heritage. In Uruguay, they celebrate the carnival 40 days leading up to Ash Wednesday, making it the longest carnival in the world. During those weeks, everyone put on a costume and masks.

Putting a carnival together is very expensive and demands a lot of hard work. The locals have to be creative and strategic, and logical every year to put out a successful event that everyone can enjoy. Nonetheless, the return is great compensation. In 2019, the Brazilian carnivals contributed around $1.4 billion (USD) to the Brazilian economy. In Trinidad and Tobago, the visitors’ expenditure during their carnival was about $58.9 million (USD). Hence, carnivals are a good revenue source that more countries are embracing to attract tourists. Seychelles had its first carnival in 2011, and it is now one of the major annual carnivals in the African regions. They prepare a three days’ fiesta, called the Carnaval International de Victoria, which include the Mardi Gras parade, live music shows and other countries are invited to showcase their culture. Mauritius participated in the 2013 and 2015 carnivals, and the Mauritian delegations did very well. Hence, organising a carnival in a country is very advantageous, as it helps tourism, boosts the economy, and brings together different communities.